﻿
viagra professional online http://www.topdrugscanadian.com/buy-viagra-professional-online/
what is chapter 40B affordable housing?

Chapter 40B Housing is a program created by Massachusetts in 1969 to allow developers to override local zoning bylaws in order to increase the stock of affordable housing in municipalities where less than 10% of the housing stock is defined as affordable. The goal of Chapter 40B is to allow working families and seniors to remain in their communities when they might otherwise be priced out of the conventional housing marketing. The statute was designed to permit the development of multifamily and affordable housing in suburban and rural parts of the state.

Who can take advantage of Chapter 40B Housing?

In order to qualify for Chapter 40B housing, at least 20-25% of any proposed development has to provide housing which serves households at or below 80% of the area’s median income. Such housing developments can be for rent or for sale as long as the affordable units are permanently restricted to remain affordable. Since the Chapter 40B went into effect, 56,000 units in over 1,000 developments have been created. Of those units, 30,000 units are reserved for households earning below 80% of the median income.

How is Chapter 40B Housing different from other affordable housing programs?

What distinguishes Chapter 40B housing from other affordable housing programs is that there is no “subsidy” or state budget allocation. Instead, the cost of the affordable units has to be absorbed by the developer as part of the overall financing of the project. The market rate units in the development have to make up for the difference since the affordable units must be sold or rented below their market value.

Who has the most experience permitting housing under Chapter 40b?

No entity has represented more developers or permitted more units of housing under Chapter 40B than SEB, having been involved with the permitting of over 10,000 affordable housing units in more than 180 cities and towns across the State.

SEB has been on the forefront of Chapter 40B housing since the inception of the statute. We have represented both developers and communities in the negotiations leading to the permitting of a project, and in many cases providing technical assistance in securing financing. Involved in every stage of the process, SEB has led local workshops, produced materials for the Massachusetts Department of Housing & Community Development, testified at public hearings and before the Housing Appeals Committee, and administered housing lotteries for affordable units.

SEB’s experience enables developers to make informed decisions and select effective strategies to achieve the most favorable outcome in the least amount of time possible. 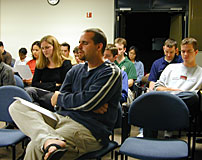 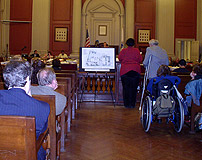