Bob Engler has been working in the field of community development and affordable housing since 1968. He began his career with HUD in New York City in 1968 and enrolled in the MIT Graduate School of City and Regional Planning in 1969 where he received a Master’s Degree in 1971. During those 2 years, he joined a newly created consulting firm – Justin Gray Associates – and worked on the first state-wide housing needs study for the Massachusetts Department of Housing and Community Development. He has been involved in addressing affordable housing needs in Massachusetts since that time working for both the public and private sectors, including local and state government as well as for profit and non-profit developers.

His consulting work has brought him in contact with 175 of the 351 cities and towns in Massachusetts over the past 35 years resulting in the permitting of over 8,500 units of housing, primarily under M.G.L., Chapter 40B. He initiated a modification of the New England Fund Program so that it could qualify as an affordable housing program under Chapter 40B which has resulted in Massachusetts banks committing about $1B to affordable housing in the past decade.

Outside Massachusetts, he has worked on neighborhood revitalization plans and strategies in New Haven, CT, Peoria, IL, Little Rock, AK and Des Moines, IA – where the firm created a neighborhood finance corporation which won national recognition for channeling millions of dollars into inner city neighborhood organizations and individuals over the past 17 years.

In addition, to being president of Stockard Engler Brigham LLC, he is also president of Newton Community Development Foundation and Pelham Corporation, two non-profit organizations which own more than 750 units of mixed income housing in Newton and Framingham. He was Chairman of the Newton Housing Partnership for 17 years.

Bob has taught courses & classes on the development of affordable housing at Tufts, Harvard, MIT and New Hampshire College.

When not working on housing issues, he is working on his golf game or his outside shot in basketball, both of which have suffered in recent years. 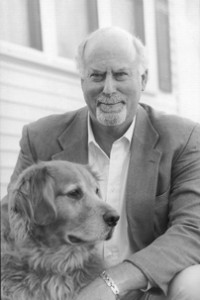